For Immediate Release
The Growth Coach of North Indianapolis
Two new business coaches added to The Growth Coach of North Indianapolis team
Carmel, IN- The Growth Coach of North Indianapolis is pleased to announce its addition of Janet Greer and Sherrell Smith to the organization! According to Bob Paden, Owner of The Growth Coach of North Indianapolis, “both of these professionals bring a tremendous amount of experience and unique backgrounds to The Growth Coach of North Indianapolis as we continue to expand and grow our client base and service offerings.”
Janet Greer holds a Bachelor’s Degree from Purdue University in Consumer and Family Sciences and a Masters’s in Management from Indiana Wesleyan University. Throughout her professional life she has worked in hospitality, retail, and property tax consulting. Janet has worked for large corporations and small businesses and has owned her own small business. In addition to business coaching, Janet is the H7 Market Area Director for Indiana, which enables her to utilize her skills of working with teams and following her passion to help others grow both professionally and personally. Janet has held leadership roles in American Business Women’s Association, Executive Women International, and Methodist Hospital Task Core. These leadership roles have helped her to develop an understanding of working with a diverse group of individuals on boards, committees as well as volunteers. Janet lives in Indianapolis with her English Cream Golden named Zorro. She enjoys cooking and spending time with family and friends.
Prior to joining The Growth Coach, Sherrell Smith owned a fitness franchise for 10 years, then most recently owned a business leading a sales and service team for 19 years. During her years in business as a national leader, Sherrell trained across the US, led the nation in personal sales and recruiting, as well as coached others to the top 10 in the company. She thrives on teaching all facets of the sales cycle,
including prospecting, sales/lead generation, follow-up, closing the sale, and sales conversion. Her team of 150 was a top producing in the company. She also specializes in relationship development, DISC analysis, and how it elevates performance for a leadership team. It made such an impact on how she coached her team, that she is passionate about helping others achieve the same success! Sherrell offers coaching services including group and one-on-one coaching, training, and workshops for business owners, sales professionals, management teams, managers, self-employed professionals, and more. She specializes in helping others achieve growth by overcoming fears, and teaching goal setting to reach their next level. She loves encouraging others to see a straight path to success, discovering their roadblocks, and helping motivate them to achieve their goals. Sherrell’s degree in Public Relations, as well as years of coaching experience, helps others in their
journey of advancement. Sherrell and her husband Duane and have been married 37 years and have 2 adult, married children, and 3 grandchildren. She loves being an active member of the Noblesville Chamber of Commerce, St. Margaret’s Guild (Decorator Showhouse), Young Life and enjoys life on the lake and family time!
Both Janet and Sherrell will be focusing on coaching activity and clients in Hamilton County serving Carmel, Fishers and Noblesville, and the surrounding area.
About The Growth Coach:
The Growth Coach, founded in Cincinnati, Ohio, sold its first franchise in 2003, but its leaders have a successful 20-year track record of helping business leaders find success and balance. Today the business and sales coaching franchise are in more than 100 markets worldwide. The Growth Coach was included in Bond’s “Top 100 Franchises” and recognized in Entrepreneur Magazine’s “Franchise 500” and “Best of the Best,” in USA Today and has been featured on FOX, CBS, and NBC. The company’s landmark Strategic Mindset Process is so effective that it comes with a money-back guarantee. The Growth Coach is the largest provider of affordable group coaching workshops in the nation. offering group and one-on-one coaching for business owners, sales professionals, managers, management teams, and self-employed professionals.
Media Contacts:
Bob Paden
Owner and Coach
The Growth Coach of North Indianapolis
317-559-3900 Work Phone
550 Congressional Blvd., Suite 115
Carmel, IN 46032
bpaden@thegrowthcoach.com
https://www.thegrowthcoach.com/north-indianapolis/ 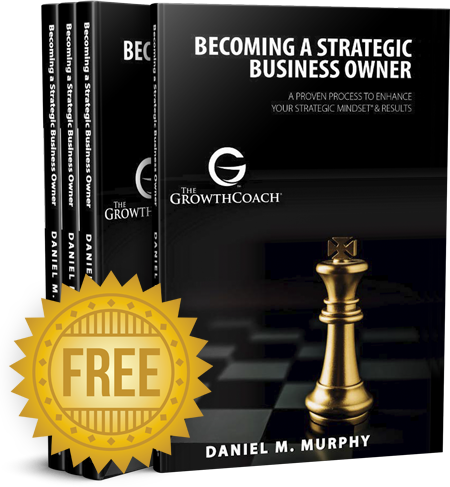